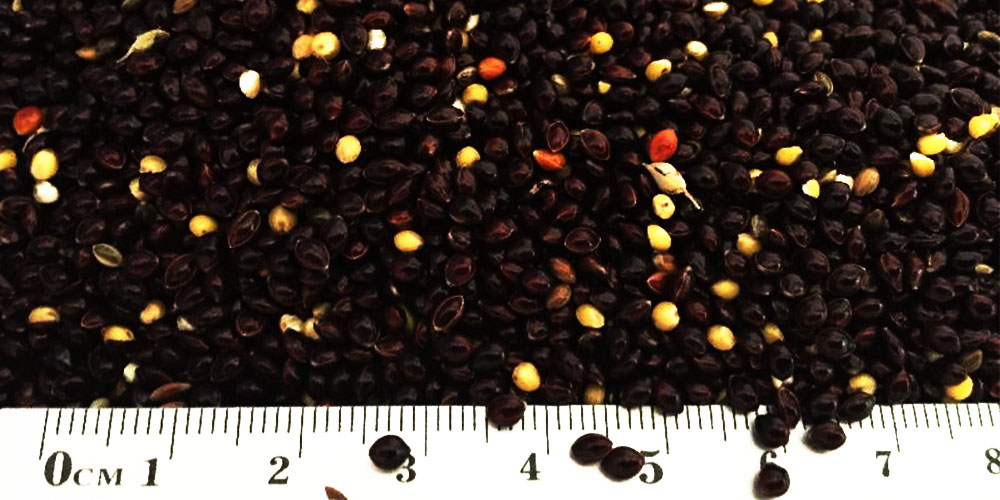 Benefits Of Millet And Its Side Effects

Millets are a group of highly variable small-seeded grasses, widely grown around the world as cereal crops or grains for human food and as fodder. In India, millets have been mentioned in some of the oldest Yajurveda texts, identifying foxtail millet (priyangava), Barnyard millet (aanava) and black finger millet (shyaamaka), thus indicating that millet consumption was very common, pre-dating to the Indian Bronze Age (4,500BC).

Millets however lack the nutrients critically important for a person’s body.

Mentioned below are the best health benefits of Millet

Consumption of millet in large amounts helps decrease triglyceride levels in the body. It thins the blood to prevent blood platelet clumping, thereby reducing the risk of sunstroke and coronary artery disorder.

Millets contain tryptophan, an amino acid that lowers appetite and helps in managing weight. It digests at a slower rate and keeps the stomach full for a longer period of time.

Millets are high in fiber and satiate hunger quickly, preventing overeating. People who want to lose weight should incorporate millets in at least one of their main meals.

Millet contains both fibers and phytonutrients, the combination of which is believed to reduce the risk of developing colon cancer.

Lignan, a phytonutrient in millet, is converted into mammalian lignan in the intestine that protects from breast cancer. In fact, consumption of millet can lower the risk of developing breast cancer by 50%.

Magnesium in millet relaxes the muscles that line the inside of the arterial wall, which helps to reduce blood pressure. It also reduces the severity of asthma and the frequency of migraines.

Celiac is a disease that damages the small intestine and interferes with the absorption of nutrients from food.

People who suffer from this disease cannot tolerate gluten. This makes millet a perfect food for them since it is completely gluten-free.

The low glycemic index in millet slows down the digestion process and keeps the blood sugar level at a constant ratio.

The high amount of antioxidants present in millets fights free radicals present in the body which slows down the aging process.

Helps in slowing down muscle degradation

Millets are high protein grains and contain lysine, an amino acid that slows down muscle degradation and helps to build leaner muscles.

Tryptophan in millet raises the serotonin level in the body which helps in reducing stress. A cup of millet porridge every night can help to get sound and peaceful sleep.

Because of its high level of magnesium, millet is a great food for women who suffer from unbearable pain and cramps during their menstrual cycle.

Pregnant and lactating women are advised to consume Ragi in high amounts to increase the production of breast milk in their body. This enables the mother to feed the child for a longer period of time.

Millet is rich in amino acids called L-lysine and L-proline. These help to create collagen in the body, a substance which gives structure to the skin’s tissue. Thus, eating millet fortifies the collagen level to improve the skin’s elasticity and makes it less prone to wrinkles.

Millets are also used to prepare alcoholic beverages. Millets are traditionally important grains used in brewing millet beer in some cultures, for instance by the Tao people of Orchid Island and the Amis or Atayal of Taiwan.

It is also the base ingredient for the distilled liquor rakshi in Nepal and the indigenous alcoholic drink of the Sherpa, Tamang, Rai and Limbu people, tongba, in eastern Nepal.

Millets are major food sources in arid and semiarid regions of the world, and feature in the traditional cuisine of many others. Millet porridge is a traditional food in Russian, German, and Chinese cuisines.

In addition to being used for seed, millet is also used as a grazing forage crop. Instead of letting the plant reach maturity it can be grazed by stock and is commonly used for sheep and cattle.

Millets are safe when consumed in a moderate amount. It has been consumed as staple food by millions of peoples in the past thousands of years.

However, excessive consumption of millet might cause an adverse effect. Millets contain goitrogen, a substance that interferes with the production of thyroid hormones and inhibits iodine uptake and utilization by the thyroid gland.

Deficiency of iodine is a significant health problem which leads to the development of enlarged thyroid gland, known as goitre. Goitre causes dry skin, anxiety, depression and slow thinking.

In the Sudan region of Africa where millet is consumed as the primary source of energy, the occurrence of goitre was much greater than anywhere else in the world.

Hence, people with thyroid problems need to restrict their consumption of millets.

Millet is one of the oldest crops known to mankind. Both the ancestor and the location of the domestication of millet are unknown. It was believed that millet was cultivated during the Neolithic period (8000-2000 B.C.) in China where farmers plant the proso millet during the Second Chinese Dynasty.

Nowadays, millet still plays an important role in the diet of northwest China. Millets used to be cultivated in western Europe but with the extensive growth of potatoes, millet production increasing decreased and almost disappeared by the beginning of the 20th century.

According to the Food and Agriculture Organization of the United Nations, millet production ranks fifth in the world cereal production, following corn, wheat, barley, and sorghum.

The major exporters of proso millet are the U.S., Argentina, and Australia. The major millet importers are Belgium, Germany, and the Netherlands.

Millets have long been used as traditional staple foods by a large proportion of the world’s poor as in Asia and Africa. Currently, it was consumed in northern China, India, Africa and southern Russia. About 80% of the global millet production is directed consumed as human food in forms of porridges, breads, cakes, snacks, steamed goods and beverage. Because of lack of gluten, millet flour is normally used to make flat bread. Proso millet is used as a basic ingredient to make distilled alcoholic drink in Shanxi Province of China. It is also used to make bread-beer in Balkans, Egypt, Sudan and Turkey.

In today’s generation, where people are obsessed with street foods that offer myriad of delectable food items that you can’t ever say no to, has made staying healthy a task.

Once you realize what the food that is heavily induced with trans fat is doing to your body, you would want to cut right back on carbs and start eating healthy.

But where to start? Adapting healthy eating habits seems to be a good place to begin.

Millets are an excellent choice to replace your regular food with. They come in varying shapes and sizes, and each grain has its own health benefits. These whole grain millets are available in the markets at all times, and even throughout the year, as they are cultivated irrespective of the weather.

Other than people, millets are a major source of sustenance for birds and animals.

Accommodating millets in your daily food routine can be benefitting in many ways.

Non-glutinous acid free millets are a good source of nutrients such as copper, magnesium, phosphorus, and manganese. Which are excellent for maintaining a healthy life. A balanced diet full of nutritional properties will also help eradicate the risk of heart problems and other such life endangering diseases.

When trying to lose weight, millets are viable a choice to a healthy weight reduction, as their calorie count is very low. Even for the people who are calorie conscious and trying to eat in a manner, that will help them maintain their energy levels throughout the day without constantly feeling famished.

Weaker immunity can and will be fatal. The weaker the immune system, the more you are inclined towards experiencing health issues time and again. This is due to the serious deficit of protein in the system. Adding millets to your diet on a regular basis will help your body gain back all the protein, that your system was short on.

Many carbohydrates such as rice and wheat are easy to breakdown once consumed, leaving a person hungry within few hours of their meal. This makes people resort to unhealthy eateries to satiate their hunger. Millets have harder structures and does not breakdown easily in the digestive system, keeping you far enough away from unhealthy eating habits.

Due to its low glycemic index, millets are an ideal food to consume to preempt diabetes from ever occurring in non-diabetic people. It  especially aids in keeping type-2 diabetes under control.

Millets contain essential fats, just the right amount to give our body natural fat. This helps prevent excess fat from depositing over muscles which and avoid high cholesterol, heart strokes, and other heart related disease. Millets are the immediate best alternatives to replace with their unhealthy peers, reducing the risk of cardiovascular diseases by a good measure.

Millet are the only grains that contain all the vital nutrients. From proteins to minerals to vitamins, millets have it all. Millets helps you switch to a lifestyle that’s healthy and long lasting.