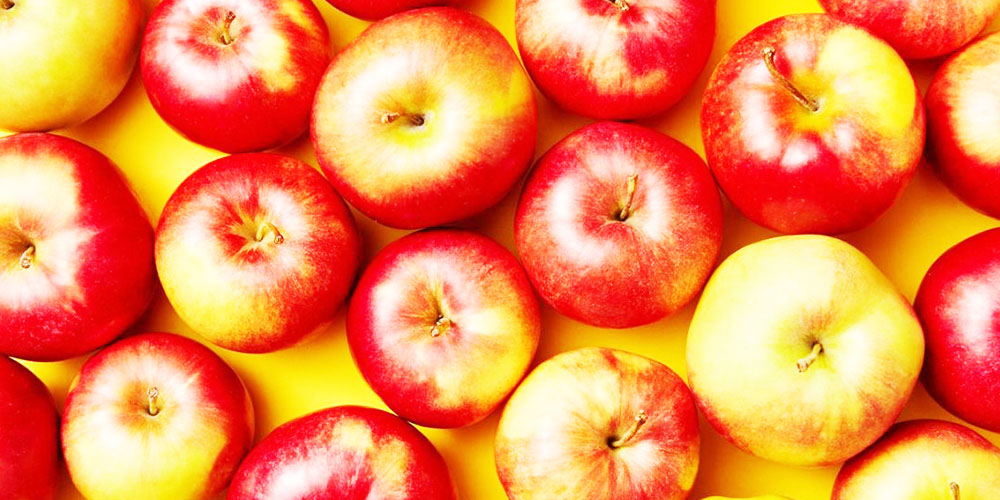 Pectin, a type of fiber in the cell walls of plants, helps give plants their structure.

Apple pectin is extracted from apples, which are some of the richest sources of fiber. Roughly 15–20% of the pulp of this fruit is comprised of pectin.

Pectin is also found in the peels of citrus fruits, as well as quinces, cherries, plums, and other fruits and vegetables.

Here are 10 promising benefits and uses of apple pectin.

Your gut microbiome needs both pre- and probiotics to stay healthy.

As it stimulates the growth and activity of helpful bacteria, apple pectin is considered a prebiotic. What’s more, it may help inhibit the growth of harmful bacteria in the digestive tract, such as Clostridium and Bacteroides.

Apple pectin is a prebiotic, promoting gut health by feeding the beneficial bacteria in your digestive tract.

Apple pectin will assist in weight loss by making you feel fuller, delay the emptying of the stomach, in turn, reduces food intake and lead to weight loss.

Slower digestion may help you feel full for longer. In turn, this may reduce your food intake, leading to weight loss.

In one 2-day study, 74 adults took 5–20 grams of pectin with orange juice after fasting overnight. Even those taking the smallest dose experienced more fullness and reduced food intake.

However, a 3-week study in 11 adults noted that supplementing with 27 grams of citrus-peel pectin daily did not affect fullness or weight loss.

Pectin may help you feel full for longer, which could aid weight loss. However, results are mixed, and further studies are necessary.

Soluble fiber like pectin is believed to decrease blood sugar levels, which could aid conditions like type 2 diabetes.

Yet, a review noted that standard doses of any type of pectin do not seem to reduce blood sugar levels.

As such, further studies are necessary.

This substance binds to bile acids in your small intestine, which may help improve cholesterol levels.

This is important, as elevated levels of total and LDL (bad) cholesterol are a major risk factor for heart disease.

Other human and animal studies have observed similar results.

What’s more, apple pectin may affect blood pressure, which is another risk factor for heart disease.

A review of 43 studies showed that 9 grams of pectin per day for 7 weeks lowered both systolic and diastolic blood pressure — the top and bottom numbers in a reading, respectively. This effect was especially pronounced in people with high blood pressure.

However, more specific research on apple pectin and blood pressure is necessary.

Constipation and diarrhea are common complaints. In fact, around 14% of people worldwide deal with chronic constipation.

Apple pectin may alleviate both diarrhea and constipation.

As a gel-forming fiber, pectin easily absorbs water and has been shown to normalize stools.

In 2 studies, people who took 24 grams of pectin daily experienced fewer symptoms of diarrhea and constipation.

Apple pectin is a gel-forming fiber that easily absorbs water, helping relieve both constipation and diarrhea.

There is some research showing that apple pectin may improve iron uptake.

Iron is an essential mineral that transports oxygen throughout your body and makes red blood cells.

This could be especially important for people with anemia, a condition linked to weakness and fatigue that’s often caused by iron deficiency. Notably, the World Health Organization (WHO) asserts that over 30% of the global population is anemic.

Menstruating women and anyone following a vegan or vegetarian diet are at a particularly high risk of iron deficiency. Menstruation can trigger iron loss, while iron found in plant-based diets isn’t absorbed as well as iron from animal foods.

While one rat study showed that pectin enhanced iron absorption, another did not.

Around 14–20% of adults in the United States have acid reflux, a condition in which stomach acid rises into your esophagus. It may lead to heartburn or gastroesophageal reflux disease (GERD) when it occurs too often.

In a study in 18 children with cerebral palsy on tube feedings, those who received pectin in their formulas experienced fewer and less severe episodes of acid reflux.

Yet, because of the limited nature of this study, more research is necessary.

Apple pectin is a type of soluble fiber found naturally in apples. The extracted pectin is commonly used to thicken jams and preserves, but can also be taken as a dietary supplement. Apple pectin is believed by some to improve digestive health and help prevent or treat gastrointestinal and metabolic disorders.

Apples, apricots, and the peels of citrus fruit offer the highest concentration of pectin, although it can be found in many other plant-based foods.

Pectin is a type of acid found in the cell wall of plants and is mainly composed of a sugar acid known as galacturonic acid. Pectin cannot be digested in its natural form and must be altered in the lab so that it can be absorbed in the intestine.

Modified citrus pectin supplements are most commonly found on drugstore shelves, but there are also apple pectin supplements that offer similar benefits. Many of these benefits are achieved when pectin mixes with water in the intestine and forms a gel-like substance, easing bowel movements.

Practitioners of alternative medicine believe that apple pectin can prevent or treat a wide range of medical conditions, including:

Despite its purported benefits, there is little solid proof that apple pectin can prevent or treat any disease. As a soluble fiber, pectin may help relieve constipation or diarrhea and improve heart health. Further research is needed.

Here is some of what the current body of research says:

A combination of apple pectin and chamomile extract may help relieve diarrhea in children, suggests an early study in the German journal Arzneimittelforschung (Drug Research).

For this study, 255 children from six months to six years of age were given either an inactive placebo or a combination of apple pectin and chamomile during an acute bout of diarrhea. According to the investigators, children treated with pectin and chamomile experienced greater improvement in symptoms compared to those that weren’t.

Similarly, a 2014 study conducted at Jinling Hospital in China reported that among 87 adults with diarrhea-predominant irritable bowel syndrome (IBS-D), those given 24 grams of pectin powder per day experienced better control of their symptoms and few bouts of diarrhea over a 29-month period than those given a placebo.3 Natural Ways to Treat Diarrhea

Apple pectin may help lower cholesterol, according to a 2012 study in the European Journal of Clinical Nutrition. The researchers examined the effects of different types of apple or citrus pectin in people with mildly elevated cholesterol and observed that both types were able to lower “bad” low-density lipoprotein (LDL) cholesterol anywhere from 7% to 10%.

LDL cholesterol is the type that can buildup on the walls of arteries, creating obstructive plaques and contributing to the development of atherosclerosis (“hardening of the arteries”).

Pectin works by binding to bile in the intestines, the substance of which breaks down fat so that it can be absorbed into the bloodstream.

By inhibiting the breakdown of digestive fat, apple pectin may aid in the treatment of hypercholesterolemia (high blood cholesterol), although it is unlikely to do so on its own.

Pectin can also reduce blood sugar by binding to carbohydrates in the stomach and intestine. The binding helps prevent carbs from being broken down into their constituent sugars, namely glucose, fructose, and galactose.

A 2016 review of studies from Food Standards Australia New Zealand (FSANZ) reported that apple pectin, taken in doses of 500 milligrams (mg) to 1,000 mg, offered minimum to no benefit in reducing blood sugar after eating 65 grams of carbohydrate. No changes in insulin response were noted compared to a placebo.

By contrast, pectin derived from soybeans appear to have a greater effect on blood glucose levels (albeit not enough to control diabetes on its own).3 Natural Ways to Prevent Diabetes

Alternative practitioners will often tout apple pectin as a “cancer-fighting” supplement due to its ability to bind to an enzyme called beta-glucuronidase (β-glucuronidase) in the intestines.

The enzyme is a byproduct of fecal bacteria and is closely associated with colon cancer.

A 2013 review in Frontiers of Pharmacology confirmed that apple pectin was, in fact, effective in suppressing β-glucuronidase in test-tube studies. Studies on rats and mice also suggested a preventive benefit. Despite the positive findings, there is no evidence that such a response can be achieved in humans.

Unlike modified citrus pectin (MCP), which is readily absorbed in the intestine, the absorption of apple pectin is minimal, making its cancer-fighting properties improbable at best.

By contrast, MCP has been shown to decrease the risk of metastasis (spread of cancer) in mice by preventing the formation of new blood vessels that “feed” cancer tumors.

As such, the inhibitory action of MCP occurs in the bloodstream rather than within the intestine where apple pectin works.

Apple pectin is generally safe to consume, although it may cause side effects such as diarrhea, gas, and stomach cramps. The side effects tend to be mild and can usually be relieved by reducing the dose.

Pectin can interfere with certain substances. It is known to decrease the absorption of beta-carotene, an important antioxidant found in colorful plants and fruits.

The inadequate intake of beta-carotene can lead to vitamin A deficiency and manifesting with symptoms such as dry skin, dry eyes, night blindness, impaired fertility, and an increased risk of throat and chest infection.

Pectin can also interfere with the absorption of certain pharmaceutical drugs, including:

To avoid interactions, let your doctor know if you are using apple pectin as well as any other prescription or non-prescription drugs you may be taking.

Apple pectin supplements can be found online as well as in many natural food shops and stores specializing in dietary supplements. Most are sold either in capsule form or as a powder that you can mix with water or juice.

There are no guidelines for the appropriate use of apple pectin, although most manufacturers typically recommend a daily dose of between 1,000 mg to 1,400 mg per day.

It is best taken 30 minutes before a meal so that it will be available to bind with excess water, fat, or carbohydrates in the intestine.

Start with half doses of apple pectin for the first few weeks, gradually increasing as tolerated. The excess use of pectin can cause diarrhea, particularly in the early stages of treatment.

Dosages of between 350 mg and 750 mg, taken in split doses, have been used safely in children. Speak with your pediatrician before using apple pectin (or any other antidiarrheal remedy) in children.

What to Look For

Dietary supplements are not strictly regulated in the United States, making it difficult to know which are good or not-so-good. One way to tell is to look for brands that have been certified organic by the U.S. Department of Agriculture (USDA).

These are less likely to have been exposed to pesticides, chemical fertilizers, and other harmful substances.

You should also opt for brands that have been voluntarily submitted for testing by an independent certifying body like the U.S. Pharmacopeia (USP), ConsumerLab, or NSF International.

In this way, you can be assured that the supplement contains the ingredients listed on the product label in the correct amounts.

Apple pectin can be stored at room temperature in an airtight container. Never use a supplement past its expiration date. Discard of any supplement that is water-damaged or any powder that is clumpy or gelled.

Foods naturally high in pectin include:

Eating these foods can improve digestion by increasing your intake of soluble fiber.

The Office of Disease Prevention and Health Promotion (ODPHP) recommends between 2,240 mg and 3,080 mg of dietary fiber per day for adults.