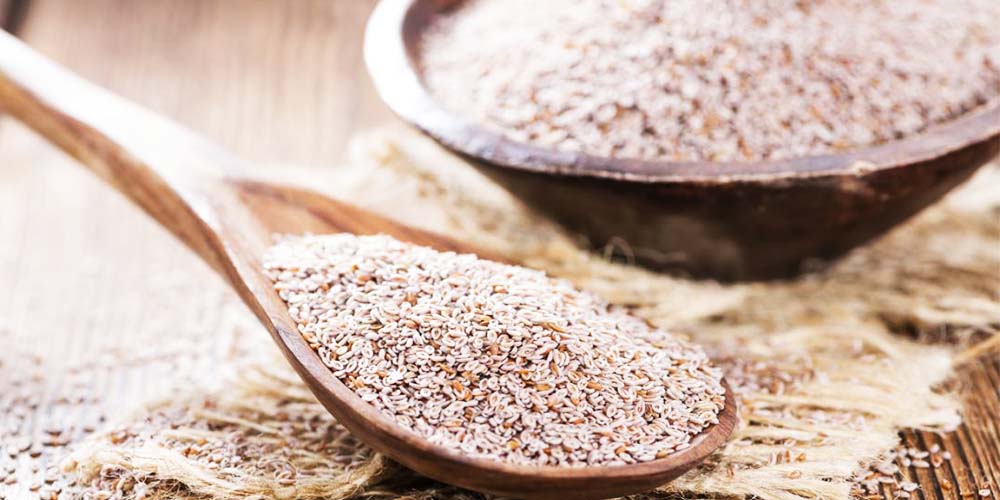 The Health Benefits of Psyllium Husk

If you buy something through a link on this page, we may earn a small commission. How this works.

Psyllium is a form of fiber made from the husks of the Plantago ovata plant’s seeds. It sometimes goes by the name ispaghula.

It’s most commonly known as a laxative. However, research shows that taking psyllium is beneficial to many parts of the human body, including the heart and the pancreas.

Psyllium husk is a kind of laxative that works by bulk-forming.

It helps to promote regularity, increases metabolism without increasing the flatulence. It is used to ease constipation, can be added to your diet to improve the overall digestive health condition. Generally, it soaks up water in your gut and cures constipation.

People with irritable bowel syndrome (IBS) and Crohn’s disease are all too familiar with bowel irregularity. The results of studies on psyllium’s effectiveness in treating these conditions are still mixed.

Psyllium is a prebiotic — a substance needed for healthy colonies of probiotics to grow in the gut.

A healthy colony of good bacteria in the digestive system is essential for healthy immune function. Your body is better able to fight infection, reduce inflammation, and maintain healthy tissue and cells.

Besides keeping your bowel movements regular and managing a chronic condition, psyllium has the ability to soften your stool provided you drink enough water.

Preliminary research shows that psyllium may help with the painful symptoms associated with these conditions. Since there is no real scientific consensus, talk to your doctor to see if psyllium could help you.

Research has shown that taking soluble fiber can help people manage their cholesterol levels. Proper cholesterol regulation is important for everyone, but it’s vital for people over the age of 50.

One study shows that at least six weeks of daily psyllium intake is an effective way for people who are obese or overweight to lower their cholesterol with very few side effects.

If you’ve been told that you need to watch your cholesterol, ask your doctor if adding psyllium to a low-fat, low-cholesterol diet will help you.

Numerous studies have shown that fiber like psyllium, taken as part of a healthy diet, can help lower a person’s risk of heart disease. Psyllium can affect your heart by lowering blood pressure, improving lipid levels, and strengthening the heart muscle.

Maintaining a healthy weight is a concern for many people, especially those with a chronic condition like diabetes. Besides being good for your heart and blood sugar levels, psyllium may help you lose weight.

Because psyllium absorbs liquid in your body, it can help give you a feeling of being full. This can help you control the amount of food you eat.

Talk to your doctor about the possibility of taking psyllium if they’ve suggested that you lose weight.

People suffering from diabetes have to be careful and choose what they eat to maintain a balance of insulin and blood sugar glucose. Many types of research have suggested that the fiber content in psyllium husk helps people maintain healthy glycemic balance.

The exact dosage of psyllium depends on the product you’re using. Dosage requirements may also vary based on what you’re taking psyllium for. Typically, you can take the product one to three times per day with a full glass of water.

Some research has shown that consuming 7.9 grams of psyllium per day (plus or minus 3.6 grams) with probiotics is a safe and effective way to treat Crohn’s disease.

However, other results show soluble fiber like psyllium can make symptoms worse for some people.

One study found that taking 5 grams of psyllium twice a day can help people with type 2 diabetes control their blood sugar.

Another study of people with type 2 diabetes found similar results, but stressed that psyllium therapy should be tailored to the individual.

Follow all product instructions carefully. Don’t take any more than the recommended dosage unless your doctor tells you otherwise.

Since psyllium creates intestinal bulk and has laxative effects, this substance may pose adverse side effects. You may be especially prone to side effects if you’re new to psyllium or if you take more than the recommended amount per day.

Some of the possible side effects include:

Call your doctor right away if you experience allergic-like reactions to psyllium. Although rare, risks may include:

How can I get psyllium?

Psyllium is most commonly consumed in powder or wafer form. It’s also available in capsules, granules, and as a liquid concentrate. It’s the main ingredient in many over-the-counter laxatives, including:

Follow the directions on the packaging when taking any of these medications. Remember that a key component of how psyllium works in your lower intestine is its ability to soak up the liquid, so make sure to drink plenty of water daily.

Where It Comes From

Psyllium fiber comes from the outer coating, or “husk”, of the psyllium plant’s seeds. The psyllium husk is a naturally occurring source of soluble fiber.

Psyllium fiber is a source of soluble fiber and has multiple health benefits. Psyllium fiber forms a sticky gel that acts like a sponge to absorb some toxins, sugars and carbohydrates in the gut.

How It Helps – Existing Evidence

How is it processed by the body?

Psyllium fiber is not digested but thickens and forms a gel in your stomach. This gel traps some sugars and carbohydrates and moves down to the intestine where the trapped sugars are slowly released and absorbed into the body.

What types of food is this fiber typically found in?

Psyllium is commonly found in cereals, dietary supplements, and is also added to some foods including baked products such as breads, cereal bars, and rice/grain cakes. Look for the ingredients psyllium, psyllium seed, or psyllium husk on the ingredient panel.

In the United States, the recommended dietary fiber intake is 14g/1,000 kcal. For an average adult, this means a daily intake of 25g (female) or 38g (male). Most Americans only consume about half of the recommended intake (13.5 and 18g, respectively). This shortage in our diet is called the fiber gap.

To reach the recommended fiber intake without fiber-enriched foods, most Americans would need to increase their calorie intake by more than 500 calories per day. But meeting fiber requirements doesn’t have to mean adding calories if fiber enriched foods are consumed.

Fiber-enriched foods help bridge the fiber gap while delivering excellent taste and additional metabolic benefits. The overall diet should have a mix of various fiber types.

Consuming a Variety of Fibers

Although most fibers will have more than one health-related effect, no one fiber can produce every potential health benefit. To maximize the health benefits of fiber, it is important to consume a variety of fibers.

Fibers can be found in many different foods. The amount of fiber per serving can easily be found by looking at the Nutrition Facts Panel for the Dietary Fiber line.

In this context, functional foods are one of the emerging implementations gaining attention as a preventive and curative device against various health infirmities (Urala et al., 2007; Bacha, et al., 2011).

Psyllium (Plantago ovata) commonly called Isabgol is an annual herb originated from West Asia. The species is indigenous to the Mediterranean region, West Asia and extending up to Sind in Pakistan (Singh and Virmani, 1982).

The genus Plantago has over 200 species of which two; P. ovata and P. psyllium are commercially cultivated around the globe.

Psyllium was introduced as a medicinal plant by Indian Muslims and seeds were firstly collected from some wild species. In Pakistan, it was first cultivated in Lahore and Multan districts and then moved to Bengal, Mysore and Indian Coromandel coast (Husain, 1977).

Psyllium husk is used in the food, pharmaceutical, and cosmetic industry. In foods, it is used in ice cream, instant juices, breakfast cereals and in bakery products like biscuits, cakes, breads, and muffins with varying functional and health aspects (Ziai et al., 2005).

Primarily, its imperative use was as a laxative and colon cleansing agent. It is assumed that dietary fiber from psyllium husk may help in weight management and fat loss by acting as a bulking agent.

Like other herbs, psyllium is used traditionally as medicine and its consumption has been expanded due to its recognized nutraceutical potential. It is used in the treatment of constipation, diarrhea and ulcerative colitis as reported by Ramkumar and Rao, (2005).

Considering such pharmacological aspects, use of this herb has increased as an anti-obesity, hypoglycemic and hypocholesterolemic agent.

The health-improving properties are attributed to its active fiber fraction the arabinoxylan (AX); a polysaccharide containing heteroxylan, with main monosaccharides; arabinose and xylose, collectively referred as arabinoxylan (Marlett and Fischer, 2003; Fischer et al., 2004).

Psyllium husk may also have a symbiotic relationship with medicines being used to reduce the problems related to obesity, dyslipidemia, and CVD. Different cereal and vegetable-based soluble and insoluble fibers are in use to overcome the menace of high cholesterol and glycemic disorders.

The foremost fiber sources are psyllium husk, oat, guar gum, and some other cereals. However, psyllium husk fiber appears as one of the effective sources with the least adverse effects (Galisteoa et al., 2010).

The husk obtained after milling is white hydrophilic material forming clear and colorless mucilaginous gel after water absorption. Its carboxymethyl derivative is fibrous and mucilaginous in taste (Fischer et al., 2004). This fiber has a laxative effect with the increment of increased fecal output and stool frequency.

The FDA has approved the use of food products containing psyllium husk due to its associated health claims (Leeds, 2009). For supplementation of fiber, cookies are appreciated by the consumers due to appealing taste and better storage stability.

Bakery products are prepared from a different dosage of psyllium husk and previous literature suggested that replacement of psyllium husk up to 50% is possible without detrimental change in quality (Ganji and Kuo, 2008).

Psyllium husk is becoming popular as a therapeutic agent against various physiological ailments. Therefore, it is the desire need to explore the indigenous food sources for the welfare of the society (Sahu, 2011).

Keeping in view the above facts, the present research was designed to characterize locally available psyllium husk variety namely Plantago ovata Forsk followed by the preparation of dietetic cookies.