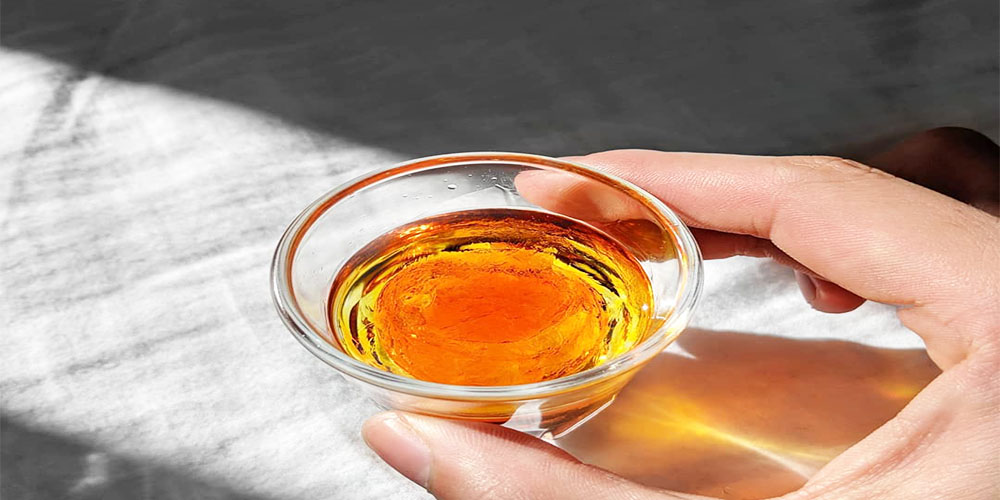 Benefits and Uses of Argan Oils

Argan oil from Morrocco is mainly composed of fatty acids and a variety of phenolic compounds. Most of the fat in argan oil comes from oleic and linoleic acids.

About 29-36% of the fatty acid content in argan oil comes from linoleic acid, or omega6, making it a good source provide of such essential ingredients.

Oleic acid, although not essential, makes up 43-49% of the fatty acid composition of argan oil and is also a very healthy fat.

Oleic acid is also found in olive oil is well known for its positive impact on heart health. Argan oil is also a good source of vitamin E, which is essential for healthy skin, hair, and eyes.

Summary: Argan oil is a good source of linoleic and oleic fatty acids, two fats are known to promote good health. It is also high in vitamin E.

The various phenolic compounds found in argan oil may be involved in most of their antioxidant and anti-inflammatory properties.

Argan oil is high in vitamin E, or tocopherol, a fat-soluble vitamin that acts as a powerful antioxidant that helps reduce the harmful effects of free radicals (1). Other compounds found in argan oil, such as
CoQ10, melatonin, and plant sterols are also involved in their antioxidant capacity.

Recent studies have shown that compared to controls, inflammatory markers in mice given argan oil prior to exposure to highly inflammatory liver toxins are significantly reduced.

In addition, some studies suggest that argan oil can be applied directly to the skin to reduce inflammation caused by injuries and infections.

The results are promising, but further researches are needed to understand how argan oil can be used in human medicine to reduce inflammation and oxidative stress.

Oleic acid is also found in several other foods, such as avocado and olive oil, and is thought to protect the heart.

A small human study found that argan oil is comparable to olive oil in its ability to reduce the risk of heart diseases its effects on blood antioxidant levels.

For example, in a heart disease risk study of 40 healthy people, those who took 15 grams of argan oil daily for 30 days had 16% and 20% reductions in “bad” LDL and triglyceride levels, respectively.

More extensive studies need to be done with these promising results to understand better how argan oil can support human heart health.

4. May Have Benefits for Diabetes

Argan oil can slow the growth and growth of certain cancer cells. In the test-tube study, a polyphenol compound made from argan oil was applied to prostate cancer cells.

The extract suppressed the growth of cancer cells by 50% compared to the control group.

This preliminary study is fascinating, but more research is needed to determine if argan oil can be used to treat human cancer.

Summary: Some test-tube studies have shown the potential cancer-fighting effects of argan oil, but more research is needed.

5. May Have Anticancer Effects

Argan oil can slow the growth and growth of certain cancer cells. In the test-tube study, a polyphenol compound made from argan oil was applied to prostate cancer cells.

The extract suppressed the growth of cancer cells by 50% compared to the control group.

This preliminary study is fascinating, but more research is needed to determine if argan oil can be used to treat human cancer.

Summary: Some test-tube studies have shown the potential cancer-fighting effects of argan oil, but more research is needed.

Argan oil has rapidly climbed ladders and gained popularity and has become one of the most important ingredients in skincare products.

Some studies suggest that taking argan oil may slow down the aging process by reducing inflammation and oxidative stress.

When applied to the skin, it helps to repair and maintain healthy skin and reduce visible signs of aging.

Some human studies have shown that both ingested and directly given argan oils are effective in increasing the elasticity and water content of postmenopausal female skin.

7. May Treat Some Skin Conditions

Argan oil has been a popular home remedy for treating inflammatory skin disorders for decades.

Especially in North Africa, where the argan tree was born. Although there is limited scientific evidence that argan oil is capable of treating certain skin infections, it is used widely for these purposes.

However, recent studies suggest that argan oil contains several antioxidant and anti-inflammatory compounds, which may be beneficial to skin tissue.

Summary: Argan oil has traditionally been used to treat skin infections, but the evidence is limited. However, anti-inflammatory compounds can benefit skin tissue.

Argan oil can speed up the wound healing process. In animal studies, there was a significant improvement in wound healing in rats given argan oil twice daily for 14 days with two burns.

These data do not prove to be certain but do indicate the possible role of argan oil in wound healing and tissue repair. However, human experimentation is required.

Oleic acid and linoleic acid, which make up most of the fat content of argan oil, are essential nutrients for maintaining healthy skin and hair.

Argan oil is often given directly to the skin and hair, but it is effective when taken.

In one study, oral and topical use of argan oil improved skin moisture levels in postmenopausal women.

There are no studies on specific uses of argan oil for hair health. Still, some studies have shown that other vegetable oils with equivalent nutritional profiles reduce split ends and different types of hair damage. So it suggests that you can do it.

Argan oil is widely used to prevent and reduce stretch marks, but no studies have been conducted to prove its effectiveness.

There is no convincing evidence in fact that any type of topical treatment is an effective way to reduce stretch marks.

However, studies show that argan oil helps reduce inflammation and improve skin elasticity. As a result, many have reported success in using argan oil for stretch marks.

Summary Argan oil is often used as a remedy to treat stretch marks, but scientific data do not support it.

Some sources claim that argan oil is an effective treatment for acne, but rigorous scientific research does not support it.

However, the antioxidant and anti-inflammatory compounds in argan oil help reduce the redness and inflammation of the skin caused by acne.
Argan oil also helps moisturize the skin.

This is important for acne prevention.

Whether argan oil is effective in treating acne depends on the cause. If you are suffering from dry skin or general inflammation, argan oil may be the solution. However, if hormones are causing acne, argan oil is unlikely to provide significant relief.

Summary: Some people claim that argan oil is effective in treating acne, but there are no studies to support it. However, it can reduce the redness caused by acne and relieve irritation.

12. Argan Oil is Easy to Add to Your Routine

As the oil grows in popularity, it’s easier than ever to include argan oil in your health and beauty routines. Available at most major grocery stores, drug stores, and online retail stores.

On the skin, this carrier oil is usually used topically in pure form, but it is also common in cosmetics such as lotions and skin creams. It can be applied directly to your skin, but it may be best to start with a minimal amount to ensure that you do not experience any side effects.

On the hair, Argan oil can be applied directly to damp or dry hair to improve moisture, reduce damage and reduce curling. It may be included in shampoos and conditioners.

When using for the first time, start with a small amount and check the reaction of the hair. If you have oily roots naturally, apply argan only to the edges of your hair to avoid greasy hair.

For cooking, if you want to use this oil in your food, look for varieties that are specially sold for cooking or buy 100% pure argan oil.

This oil sold for cosmetics can be mixed with other ingredients that should not be ingested.

Argan oil is traditionally used to soak bread and drip couscous and vegetables. It can be heated a little, but it burns quickly and is not suitable for dishes that are heated strongly.

Summary: Due to its recent popularity, argan oil is widely available and easy to use on skin, hair, and food.

This unique oil has been used for centuries for a variety of culinary, cosmetic, and medicinal purposes.

Rich in essential nutrients, antioxidants, and anti-inflammatory compounds. Early studies suggest that argan oil may help prevent chronic diseases such as heart disease, diabetes, and cancer. Argan oils can be used to treat a variety of skin conditions.

Current studies cannot clearly state that argan oil is effective in treating these symptoms, but many report desirable results after using it. If you are interested in argan oil, you can easily find and use it today.